One of the most complex spacecraft ever made, NASA’s James Webb Space Telescope will allow scientists to break new ground — both in terms of discovering and observing new parts of space that have never been seen before.

A true international collaboration, thousands of scientists, engineers, and technicians from 14 countries, 29 U.S. states, and Washington, D.C. contributed to build, test, and integrate Webb. In total, 258 distinct companies, agencies, and universities participated – 142 from the United States, 104 from 12 European nations, and 12 from Canada.

Here in the United States, over 100 different companies and multiple NASA facilities contributed to the Webb’s development. Each company or organization helped to build and provide parts and materials for the telescope, or assemble them, or built testing and cleanroom facilities specifically for the spacecraft.

Others helped provide equipment, personnel, and supplies for testing the telescope and its various parts.

Appli-Tec is proud to be part of this historic effort by providing adhesive materials for the project.

NASA Goddard’s Space Flight Center has released a video illustrating the scope of the US collaboration. Click the image below to view the video. 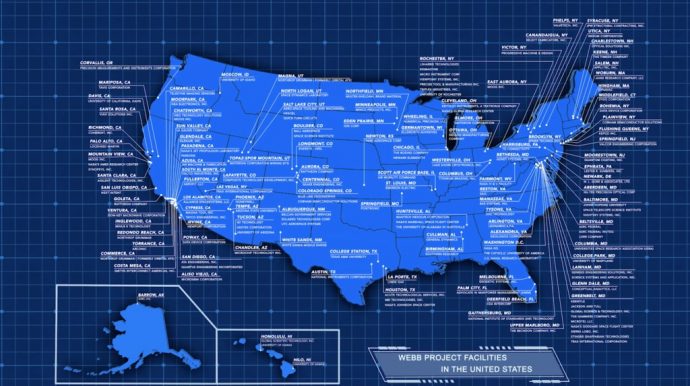 Over 100 different companies and various NASA facilities in the US contributed to the James Webb Space Telescope.

You can also view the Global contributor video.

The CEO of Appli-Tec, Tim has over 30 years of experience in the pre-mixed and frozen (PMF) adhesives industry.